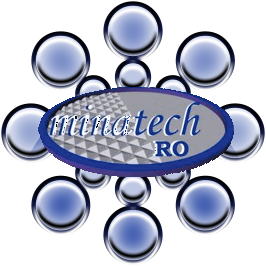 The proposed project aims to design a new type of orbital implant made of nanocomposite material based on hydroxyapatite and polyurethane, knowing that the commercially available eye implants made of natural hydroxyapatite and polyurethane was previously used as artificial cornea for rabbit eyes. It is expected to obtain a composite scaffold with a higher rate of vascular proliferation within the implant that allows shortening of the waiting time for final prosthesis and preserving the integrity of the eyelid. This project envisages comparative studies on animals between the newly created implant and already existing ones on the market, taking into account ethical issues. Development of a conceptually new implant for orbital prosthesis is based on the fabrication of an implant for the replacement of ocular the content in the scleral sac obtained through removal of the content of the eye by evisceration. The influence of the composition and structure of the newly proposed composite material for orbital prosthesis on biocompatibility and growth of the proliferation rate will be studied. Nanocomposite material based on polyurethane and hydroxyapatite with controlled structure and porosity will be synthesized by hydrothermal method, in a single step process, at high pressures (> 200 atm) and low temperatures (< 100 0C). Based on previous experience of the research group in the field of hybrid organic-inorganic nanomaterials prepared in high pressure conditions, it is expected to obtain strong interactions between the two components of the composite material, leading to a compositionally homogeneous and stable nanocomposite in the biological medium without decomposing or releasing toxic secondary products in the surrounding tissue. To the best of our knowledge, it is the first time when this type of nanocomposite material is used for the fabrication of an orbital eye implant. Macroscopic and computer tomographic researches regarding the short term impact of implantation and prosthesis upon the eye socket will be also performed. Resulted data will be essential for the future morphoclinical correlations focusing primarily on the synthesis of biomaterials with a high rate of proliferation and healing. The CAD-CAM method will be developed as a rapid method to create the new customised implant.